Aaron Bullock has ridden his second cup winner this racing season, after booting home Sedition to win the Coolmore Denman Cup at Muswellbrook on Monday.

Riding for Sydney trainer Richard Litt, Bullock had the six-year-old off the pace in the early stages of the 1280m feature event, but kept close to the fence on the turn, before straightening up and getting home to greet the judge first by 0.16 of a length of Zouologist.

The Tumut product was thankful for the opportunity to win his second Denman Cup, in what is fast becoming one of his favourite feature races.

“It was good to get it the win, I’ve only won that once before, and it’s a race a like to win,” Bullock said.

Bullock said Litt was an easy-going trainer who trusted his riding ability, which made his job easier.

“I like riding for Richard, his horses are always going well and leaves it up to me and trusts that I can get it done,” Bullock said.

Bullock had a good day at Muswellbrook in general, also booting home Free Rider in the 1280m Class Two for Paul Messara.

The five-year-old Animal Kingdom gelding never looked like losing, cantering in for an easy 1.98 lengths win.

Prior to his efforts at Muswellbrook, Bullock went to Dubbo for just one ride on the Friday, winning the 1400m Open Handicap aboard Westlink for Darren Hyde.

The talented six-year-old showed off his sudden turn-of-foot in the final furlong of this tough little event, winning by 0.82 of a length.

This willingness to travel to Dubbo for the win looks to have paid dividends too, with Westlink and Bullock likely heading to the $75,000 Coonamble Cup on Sunday.

“That’s actually why I actually went out to ride him, Kris (Lees) had some in but scratched, but I wanted to go and ride it and now I hopefully get a chance to win the Coonamble Cup,” Bullock said.

The in-form jockey has now won 16 races this season at a very impressive 25.8% strike rate, which is better than any other professional jockey in NSW.

Bullock said the good form was a mixture of his hard-work and lower weight.

This recent success doesn’t come without compromise though, with the 30-year-old working day and night to be at the top of his game before admitting he didn’t want to drop his weight lower at risk of burning out.

“Every day there is training and watching my weight and now everything is falling into place,” Bullock said.

“I’m feeling good. I don’t want to kill myself riding 56kg; riding that one kilo over, I am recovering so much better and hopefully I can sustain it for 11 months.”

Bullock will be kept busy over the next few days, riding at Port Macquarie today tomorrow, Coonamble Sunday, Gunnedah Monday and Newcastle on Tuesday. 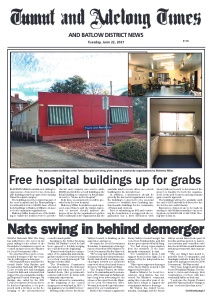