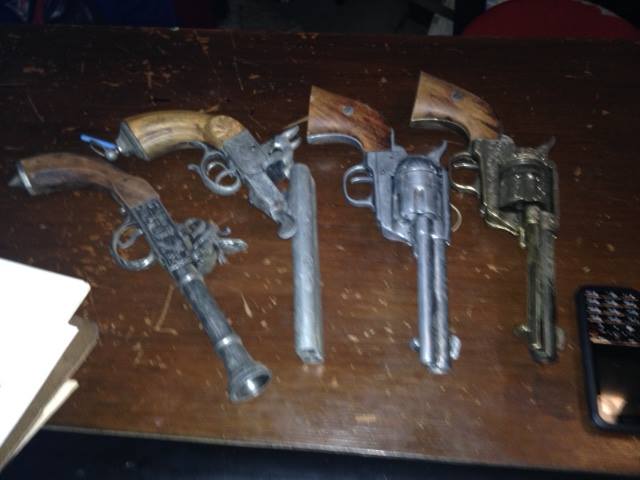 Police have seized firearms, drugs and explosives while executing a search warrant at Tumut yesterday.

A 31-year-old man was present during the search warrant, where police will allege, two replica pistols and ammunition were located.

A 37-year-old man, attended the location during the search, was allegedly found to be in possession of methyl-amphetamine.

A short time later, a 20-year-old man and a 23-year old woman attended the location. Both of them were searched by police.

The 20-year-old man was allegedly in possession of methyl-amphetamine.

The 23-year-old woman allegedly had a number of suspected stolen items on her and $150 in cash.

All items have been seized and will undergo forensic examination.

All four people were arrested and are currently assisting police with inquires. Charges are expected to be laid.