Home News Miles of appeal for the Show and Shine 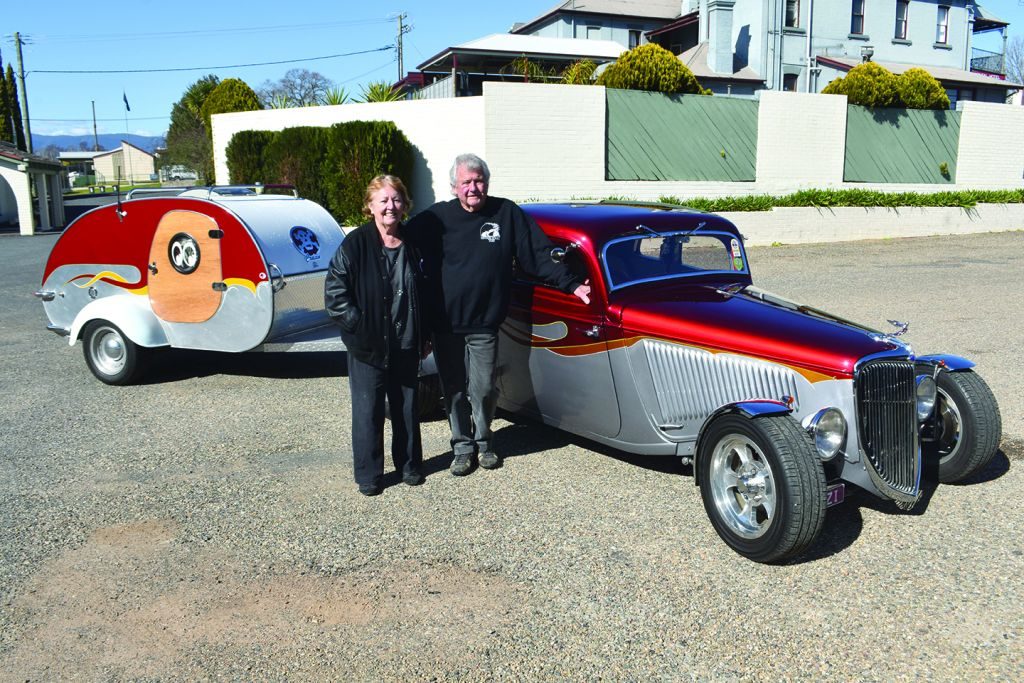 BOB and Carolyn Miles have brought an example of what to expect when the Tumut Rod and Custom Aces and Eights hold their Show and Shine at Riverglade Caravan Park tomorrow.

The couple, from Cromer in Sydney Northern Beaches, have been to five of these Tumut events and are looking forward to the 2017 edition.

“They are really good people who run it and the town’s lovely,” Bob said.

“We love this part of the country and we love catching up with friends at this event. It also gets us out of Sydney.”

They are bringing their chopped and channeled 1934 Ford Five Window Coupe, and its accompanying caravan, which they custom built themselves.

It has won 35 trophies, despite having been driven 40,000km in the past two-and-half years.

They are on their way back to Sydney from an event in Yackandandah in Victoria, showing that the car is a regular transport vehicle as well as a showpiece.

“I got a massive stone chip in it the other day, but I didn’t care; we just love driving it around,” Bob said.

The car has a 302 V8 engine and can legally seat passengers in the “dickie seat” in the back. The caravan, which was upholstered by Carolyn, has a bed and mini-kitchen in it.

This is will be just one of nearly 100 cars expected to be on show tomorrow.

It all kicks off at 2pm, and it is only a gold coin donation to get in.