Sir, – I wish to comment on the proliferation of yellow bikes around Tumut, as reported, promoting a railtrail.

The yellow bike trail extends from Coolac to Tumbarumba and to any enthusiastic traveller it would suggest some sort of cycling event, such as the Tour-de-France or the fabulous L’Etape Australia but definitely not a Phantom Railtrail.

I remember when I was a kid travelling by train to Sydney I would see a repetition of signs like 50 miles, 35 miles, 20 miles etc. to Griffiths Bros. Teas, a very successful advertising programme which also primed the thirst for a refreshing cup of tea at the end of the journey.

Mr Griffith, a pioneering spirit known for “keeping it in the family”, married his cousin in England then emigrated to Australia. He set up his tea business and by 1879 it soon become a sensational success with headquarters in Melbourne and 1915 in Sydney.

His brilliant idea for a promotional campaign had his name on everyone’s lips right up until his death in 1925 when ironically he was run over by a train (not a veiled threat) and the business became Robur Tea.

My point is, this may promote cycling but it’s a really very dumb idea to advertise and promote something you haven’t got or are ever likely to have.

People in the tourism industry know that nothing ruins a brand more than disappointment. 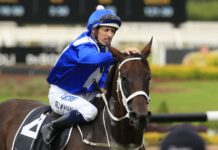 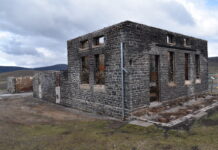 ‘In-between’ is a legitimate place to be